It’s Not the End of the Road!

Maybe just time to Step Down?

I am now in my, seventeenth year of teaching School4Santas, 21st year of networking and meeting Santas, and now celebrating my 50th year of being a Santa.

In all I have enjoyed teaching and sharing with over 4,200 Santas and Mrs. Claus.  In addition, with my other work, I have met hundreds if not thousands of others who wear the red suit.

One of the things I have noticed in the past few years, is more Santas using walkers and, in some cases, wheel chairs or electric scooters to get around.

Of these Santas, I realized that although they had the look and spirit of Santa, they also had some serious physical limitations.  And, I worried about them.

At first, I worried about their health and the many difficulties that they must encounter.  My mother is was in a walker for a few years and I also have many friends who due to their age or other situations have had to resort to medical aids to get around.  I, myself, have arthritis, knee problems, and damage to both shoulders.

That’s one of the problems we encounter as we get older, we find we have more limitations and we often see our friends encountering limitations, too!

From my observations and from actually talking with a few of these Santas I learned two things.

The first was that some Santas were sad and a bit depressed as they could no longer appear at events or make visits to the children, as they had done in the past.  They truly loved being Santa.   And I felt their sadness.

Second, I found that some Santas were fooling themselves and promoting a false premise that on Christmas Eve, the magic of Christmas cured them of their illness and they could rise up out of their scooters or wheelchairs and go to work.

When this new concern arose, I asked one of the Santas, “What do you tell the children when they ask about your wheel chair?”  His reply was, “I tell them that on Christmas Eve the Magic of Christmas comes over me and miraculously I can walk, and go up and down chimneys, and do all of the work necessary to deliver the presents to you and children all over the world.”

I know that some of their clients and families accepted the fact that they had a physical challenge.  But, there is a limit to what “white lies’ we can tell, and he fantasies that we can promote, to children.

Now I love the creativity of Santas who come up with clever answers to children’s questions.  And I never like to tell a Santa that his story is wrong or out of place.  But in this case, I must make a stand.  And I do hope I am not offending anyone.

I think that when a Santa reaches the point of being physically limited to walking and getting around, he should seriously consider stepping down from being a “working” Santa.  Oh, I am not saying that he should give up the look and the wonder of being Santa, but he needs to make some adjustments or changes.

If you tell a child you are cured on Christmas Eve, what do you tell them when they ask about someone else who is sick or is confined to a wheelchair.   Unfortunately Santa’s Magic is really just Toys!  My belief is we cannot perpetuate a healing or cured scenario on any child or family.  We have to be realistic in our situations.

I understand each Santa’s desire and love of being Santa and of bringing joy to children and others.  But I am also concerned about them and what others might think.

So after much thought and taking with those Santas who are no longer physically able to work and have had to ‘retire,” I came up with a solution.  An Answer.

As a “Santa Emeritus,” any Santa can easily explain a walker, wheel chair or electric scooter, and say that he has retired from the regular work of supervising the elves and delivering the toys and has now turned that over to a new Santa.

“Santa Emeritis,” is a very special title for anyone who has had to step back from the regular work as Santa.   You are still Santa Claus.  You can still look like Santa Claus.  And, you only need to explain to the children that like all grandparents and older folks, you have had to retire.   The great thing about this is that the children will understand this.

And it even works when you are in the same room with another Santa!

Explain that like many other people who get old, that Father Time finally caught up with you.  You can explain that you’ve retired from delivering toys, and that your Son, or brother, or a New Santa has taken over.  You could even add that since St. Nicholas 17 centuries ago, there have been many Santas.

Why even some of the movies have had scenarios of Santa’s son taking over the family business.  Or Santa’s Brother starts helping with the deliveries.   Other scenarios have also had Santa’s wife and/or daughter help on Christmas Eve.

You can tell the children that after a few hundred years of being Santa, you finally got so old, you had to have your brother “FRED,” take over for you.  The kids have seen “Fred Claus” and you can easily tell them that “FRED” has taken over all of the heavy and hard work.  He has to manage the Elves, and make sure the toy lists are kept up to date, and that the reindeer are ready for the big trip.   “FRED,” has to do all of the important work!

Then explain that you are retired, but that “FRED” still has you working!   Tell them, “Would you believe, Fred has me helping him by going around and checking on who is Naughty or Nice, and reporting back to him!”   Then ask the children, “What list are you on?”

They will believe you!

As “Santa Emeritis” you no longer need to wear the suit, unless you want to.  But you could always have your hat.   You can still hand out candy canes, or stickers or trading cards as rewards for being good.  And you continue to bring smiles to the children and families.   But you don’t have to do the hard work.

Some Santas have found that this new position is also where they now tell lots of stories of their life as Santa, working with the elves and managing everything at the North Pole.

“Santa Emeritis,” is also what I am promoting to you and those who worry about their future as Santa.  As we all look to the future, we can plan for the day when they become ‘Emeritis.”

No longer do you need to worry about what children might think when they see Santa with a walker or confined to a wheel chair.  Or what will the parents think.

There are many Santas who quietly retire from the position of Santa.  Once they no longer work at the mall or once some health situation invades their lives, they decide to put their red suit away.  And some even shave off their beards.

But for those who would love to stay active, but now have limitations, wouldn’t it nice if they could still meet children and talk with them and encourage them to be good.

What are your thoughts on this?   Have you thought about what you would do when and if this situation becomes yours?  If you have any suggestions, ideas or questions, please feel free to contact me.  Santa@NationalSanta.com

IUSC Home Study Courses – “Behind the Red Suit” and “Making the Moment? 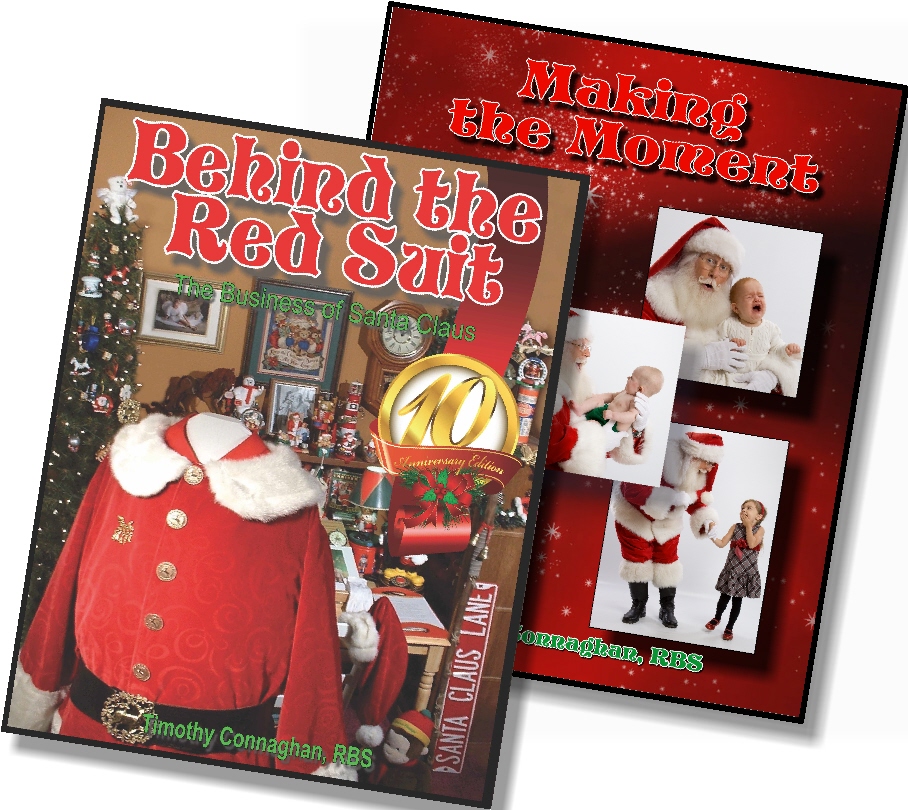